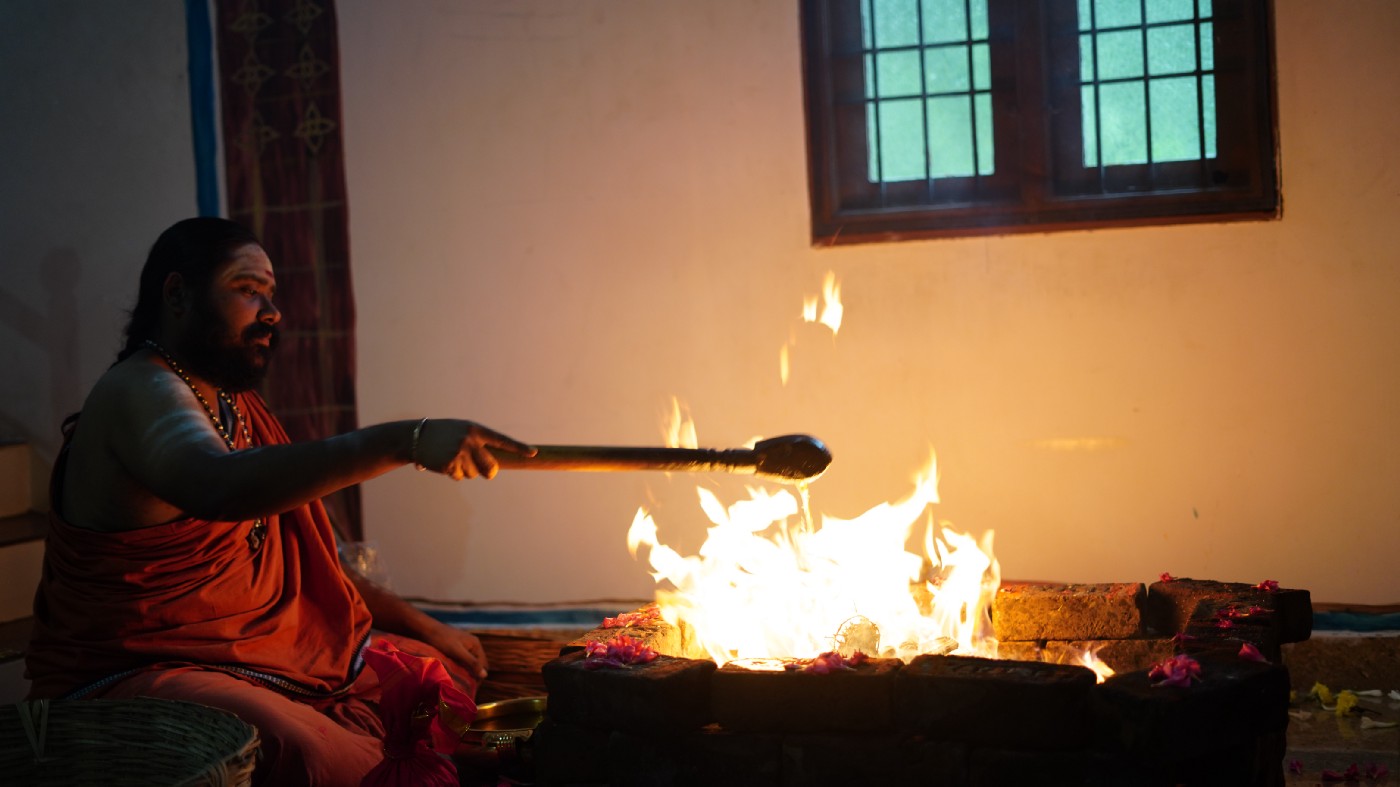 Granthi literally translates to knots. In the context of lalitha sahasranamam and also in the tantra traditions, seers believe any creation is bound by three knots. The term karma is very popular, whereas granthas is not popular. In vedic view the same grantha concept is viewed as karma or debts. In vedic view or any religious views any creation is bound by its deeds and the place where the birth happens. Sri Vidhya takes it further deep and explains, “what constitutes an action”.

Why was sage Agasthiya incomplete ??

Sage agasthiya was a well known mystic,medic and a great contibuter to fine arts. He was well versed in vedas and all sorts of Aagamas and other spiritual practices. he travelled all the three worlds and had a huge respect, but he had a deep question about the roots to all desires and what actually is balance ?

He went to lord shiva and expressed his doubts. Lord shiva guided him to go to Sri Hayagreeva, a form of lord vishnu and told he would be able to solve his conflicts. Sage Agasthiya accepted and met lord Hayagreeva. On his arrival lord Hayagreeva understood why he was there and replied to the sage that,”the knowledge you seek is deep and cant be taught without the approval of devi herself”, but while speaking there was a voice prompting hayagreeva to teach Agasthiya. Lord Hayagreva realised this as the sign of approval and taught him the lalitha sahasranamam.

How is this the Answer to Sage Agasthiyas question ?

Lalitha sahasranamam starts with a beautiful narration of goddess shakthi and continues with a war sequence where demi gods were freed from demonic pandasura and then continues explaining about the abode of the shakthi on the mount meru. Next continues the facts on GRANTHIS.

After the abode sequence of Lalitha Sahasranamam, the same abode is explained in connection with our body. Devi is described as kundalini shakthi residing as a coiled serpent in the mooladhara. Lord Hayagreeva explains that when this kundalini is awakened she travels through chakras or important energy points of the body. While traversing so She cuts this three knots which was the prime illusions or the impedance to soul in union or SAAROOPYA mukthi.

BRAHMA GRANTHI : This granthi is said to fade when she traverses the mooladhara chakra. Brahma granthi is nothing but our boundedness to all the relations and things by birth. This granthi is not made by human mind but still it is the result of previous karmas, which indirectly means we created it.

VISHNU GRANTHI : This granthi is said to fade when she traverses through manipooraka chakra. This granthi is our boundedness we develop to all things after our birth from the day we start to understand.

RUDRA GRANTHI : This granthi is said to fade when she traverses through agnya chakra. This granthi is our boundedness we develop based on our ego and intellectual understandings.

In what way learning LALITHA SAHASRANAMAM cleared the doubts of Agasthiya and in what way these Granthis are connected to our deeds ?, What is kundalini, what was the war sequence and the narration of devi ?…