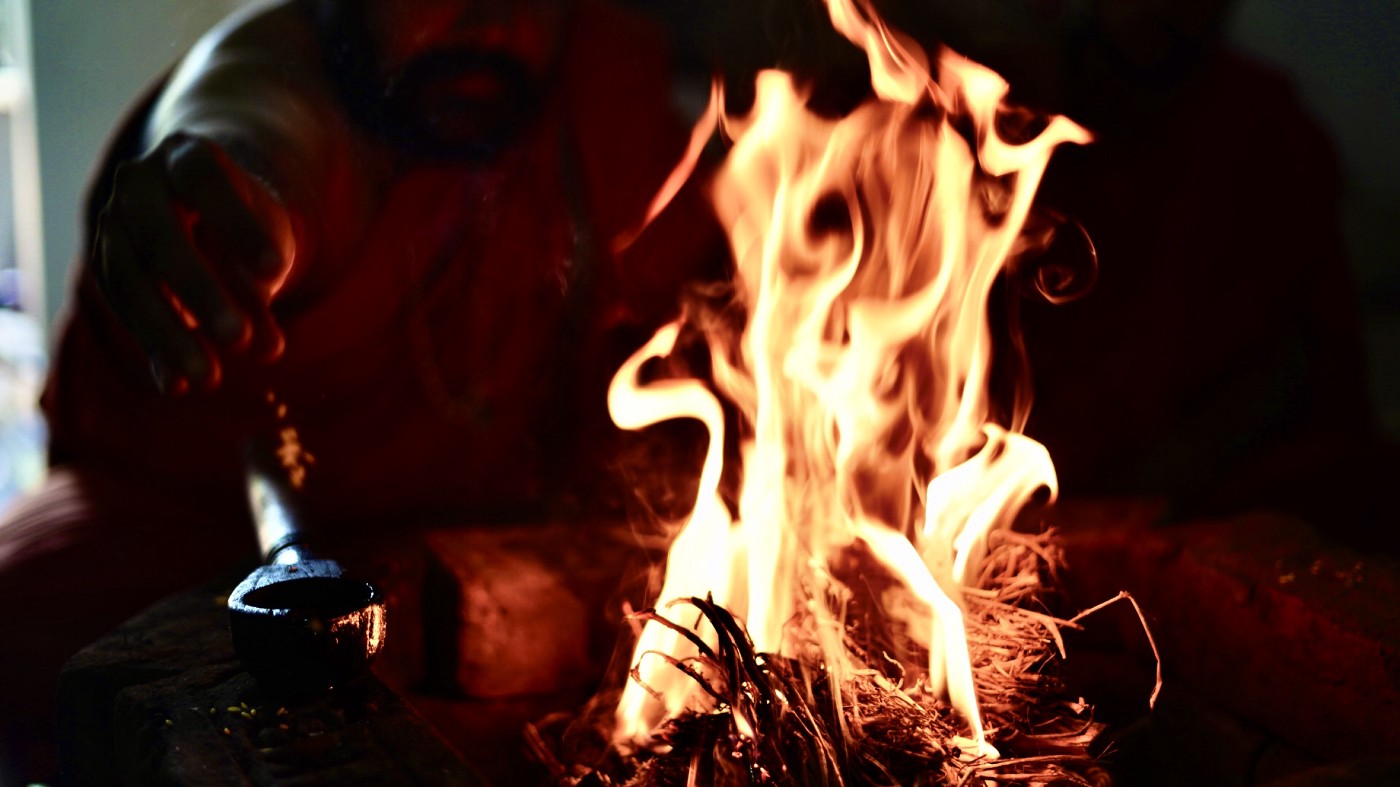 The following series of writings i write is the style of Sri Vidhya practised in Shambavi Peetam, Not the common Sri Vidhya we see practised which stresses more on panchadasakshari mantra and navavarna pooja which became more prominent in 19th century. What shambavi Peetam practices is a legacy from vedic times and is no religion bound. Sri Vidhya can never be Religion bound. Though Sri Vidhya is rooted to vedas and vedantas, we should percieve Sri Vidhya as an art. Just like how Music is rooted to 7 main notes and semi-tones but is universal in expression Sameway Sri Vidhya is an art of Mantra, Tantra and Yantra. It is very important for us to understand that the concept and the use case is not one and the same. Concept is what it is, use case is how and what people make out of it. I am Sai Aascharyanandha and i am the present guru of the lineage of Sri Vidhya. The style of Sri Vidhya i follow is called as “Bhu Prasthara”, which is very least prevelant.

First nama or name in the script of Lalitha Sahasranamam. This name is more in a reverential context. The script starts by respecting devi as “mathre” which means mother. Here the actual context is that the seer also implies Shakthi as dynamic force, hence using the term “mathre”. In Sri Vidhya tradition shakthi is adorned as the dynamic force. The two basic energy in the universe is static and dynamic. Lalitha sahasranamam is a whole script depicting and attributing devi as the dynamic force in the nature. One can find all the names in the script attributing to the dynamic nature from the static point. In the readers point of view the whole script appears to be a paradox. Every name counters the other and following so on.. but the reality is that the narrator explains the dynamic force with respect to its static origin. Hence the last namavali or name concludes that there is always static and dynamic in co-existance.

Sri Vidhya is an art of tantra. Tantra is the most misconceived word and is lot attributed to sexual contexts. People continue to do this for centuries and i wonder why !. In simple words internet is a feature and email is a use case. Sameway Tantra is an universal concept and sex is more of an union activity hence it is also an use case. In real art of Sri Vidhya, Tantra is concieved as one of the three main pillars of the art. Sri Vidhya comprises of Mantra, Tantra and Yantra. Tantra means the aesthetics. For instance if you drive a car, how you drive a car is the Tantric part. In this way, the person driving the car becomes the shakthi hence Sri Vidhya is considered to be an Tantric art comprising of three main subjects, Mantra, Tantra and Yantra. Its like physics where mathematics becomes very important. So the seer lord Hayagreeva who is expressing the whole script starts with the respect. Sri Vidhya literally means an art which makes you prosperous. Just as i explained in car example, it makes you a person of fundamental clarity. Take the driver from car, then the scene becomes static. Sri vidhya enhances the aesthetics and its the art of aesthetics.